With academic background in applied mathematics and computer science and years of experience in Information Technology it would be incredibly surprising if I didn't know of Alan Turing, or so I thought. Sure, I knew who he was and had a good idea of what he had contributed to the fields of mathematics, logic, cryptography, and of course computer science, which he basically founded; and things like Turing Machine, Turing Test, and Enigma Code-breaking have been widely popularized. I also knew that he died relatively young, but I am ashamed to admit that I didn't know anything about the circumstances surrounding his premature death. That is until I read the following in the book titled "The Information: A History, a Theory, a Flood" by James Gleick:

"Turing's homosexuality resulted in a criminal prosecution in 1952, when homosexual acts were still illegal in the United Kingdom. He accepted treatment with female hormones (chemical castration) as an alternative to prison. He died in 1954, just over two weeks before his 42nd birthday, from cyanide poisoning. An inquest determined it was suicide; his mother and some others believed his death was accidental."

Imagine my disappointment over the treatment of a man who has given so much to his country, to the world, to the mankind - Alan Mathison Turing. 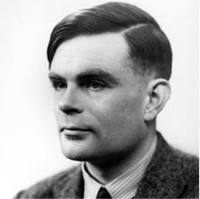 The following excerpt from the same book made me feel a tiny bit better:

"On 10 September 2009, following an Internet campaign, British Prime Minister Gordon Brown made an official public apology on behalf of the British government for the way in which Turing was treated after the war."

And I find the following very fitting: 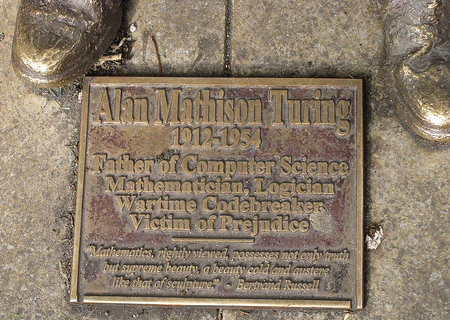 Special thanks to Ian Watson for his blog post, which includes the full text of the apology as well as photo of the original letter!

By Andrew Kagan November 05, 2017
Update (04/10/2013)Came across another interesting video on the same subject (thanks to Stanislav Glozman)


Original Post (12/13/2010)Very interesting video that I found via a reference in one of the Information Technology (IT) online publications that I read on a pretty much daily basis:

I liked many things about it - the format, in my opinion, is awesome; the presentation is dynamic; and, of course, the content is quite interesting. This "new theory of motivation" departs sharply from the established practice of monetary incentives and instead emphasizes the following three intrinsic human motivators:
AutonomyMasteryPurposeI have first discovered these ideas in the book called "Cognitive Surplus" by Clay Shirky. The format was not as animated, but the ideas about these intrinsic motivators (and how they sometimes can be canceled by an addition of a monetary incentive) were interesting nonetheless. The book was a good read, though I must admit I was more impressed wit…
Post a Comment
Read more

By Andrew Kagan September 13, 2011
Psychobabble, mambo jumbo? - I don't know, but I found it to be very interesting and well presented:


My brain, my universe:

I will go home tonight, have a drink, and remember my grandpa Meyer who was killed in action in a Battle of Kursk and my grandpa Andrey who fought all the way to Berlin. I will think of countless lives lost during WWIIand reflect on life, family, friends... and maybe have another drink... that's all...